Let’s play a little game, shall we? Guess what I am seeing.

Wait? How can you spy a thought? Aren’t thoughts intangible and invisible?

When Ghada Amer began to work with ceramics in 2014, it was a completely new medium for her. As with any beginning, this was a time for learning, for growth but most importantly for “accidents.” While Thought #2 on a Yellow Base might look more like an accidental pile of colors, or a few colored sausages than a sculpture, it is, as its name shows, a thought. As we inspect the piece more closely, we might see Ghada Amer’s thought as it is taking form.

The pieces in the Thought series, including Thought #2, were created with the artist’s left hand. They appear more like a formeless pile of colors or a small mass.. They were created from the pieces of discarded ceramics collected from Ghada Amer’s other ceramic artworks. They were remnants.

But Ghada Amer is right handed. Mastery, precision and technique are on the side of the dominant hand. In using her left hand, her creations offer room for experimentation and accidents. There is no longer a pre-imposed technique or form which she follows. Instead, the sculpture has rawness to it.

As opposed to her other more composed ceramic pieces, the left hand creates a new sculpture of its own. In fact, in its first manifestation, Thought # 2 did not even have the yellow pedestal that we find in the 2017 version. It was, in other words, even more informal.  Ghada Amer’s left hand turns the informal into a form of its own. The very root of the word “informal” is the word “form”. The left hand brings that back, in the form of an accident.

Ghada Amer likens her use of the left hand and the undogmatic quality of her Thought series to the surrealist technique of automatic writing. The ceramic scraps are joined or amassed in unexpected ways and this gives the viewer a sense of coincidence and speed. The aim of automatic writing for the surrealists, as described by André Breton, was to produce an uninhibited monologue or a text that was as close as possible to a thought. Breton called it pensée parlée, or “spoken thought.” With Thought #2, Ghada Amer gives us a pensée sculptée, or “sculpted thought.”

Then, how can we understand Thought # 2? In using her left hand, Ghada Amer threw away the presuppositions of form only to produce a new form, and to sculpt in a different way. The artist is here exploring and discovering what is new in sculpture. The left hand is instantiating a technique of its own and henceforth an unconventional new  form and process. Ghada Amer’s left hand is engaged in an original process of thinking initially made possible by the accidental use of her non-dominant hand..  With the Thought series, we are not witnessing the creation of a planned, well thought out, sculpture. We are invited rather to explore a sculpted thought behind which emerges a process of thinking about sculpture. What is interesting here is that the very incidence of the accident is also the actual form of Ghada Amer’s Thoughts. Form and thought, process and result coincide. All along, there is form in Ghada Amer’s seemingly informal Thought #2. That form is the shape of her thought.

So what else do I see now?

I now spy with my little eye … Ghada Amer thinking! 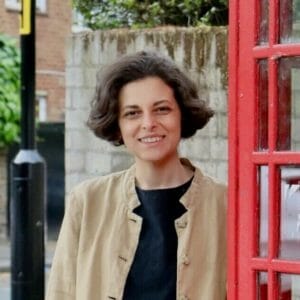 Farida Youssef
Farida Youssef is an aspiring art critic. Key to her work and reflection is the relationship between art and spatial theory in 20th century thought. In 2017, she was awarded an MA from University College London. Her thesis focused on the interplay of space, aesthetics and dramaturgy in Marivaux’s plays. In 2018, she was a Merut Fellow at the British Museum where she contributed to the Modern Egypt Project, approaching the collection through the lens of contemporary philosophy. 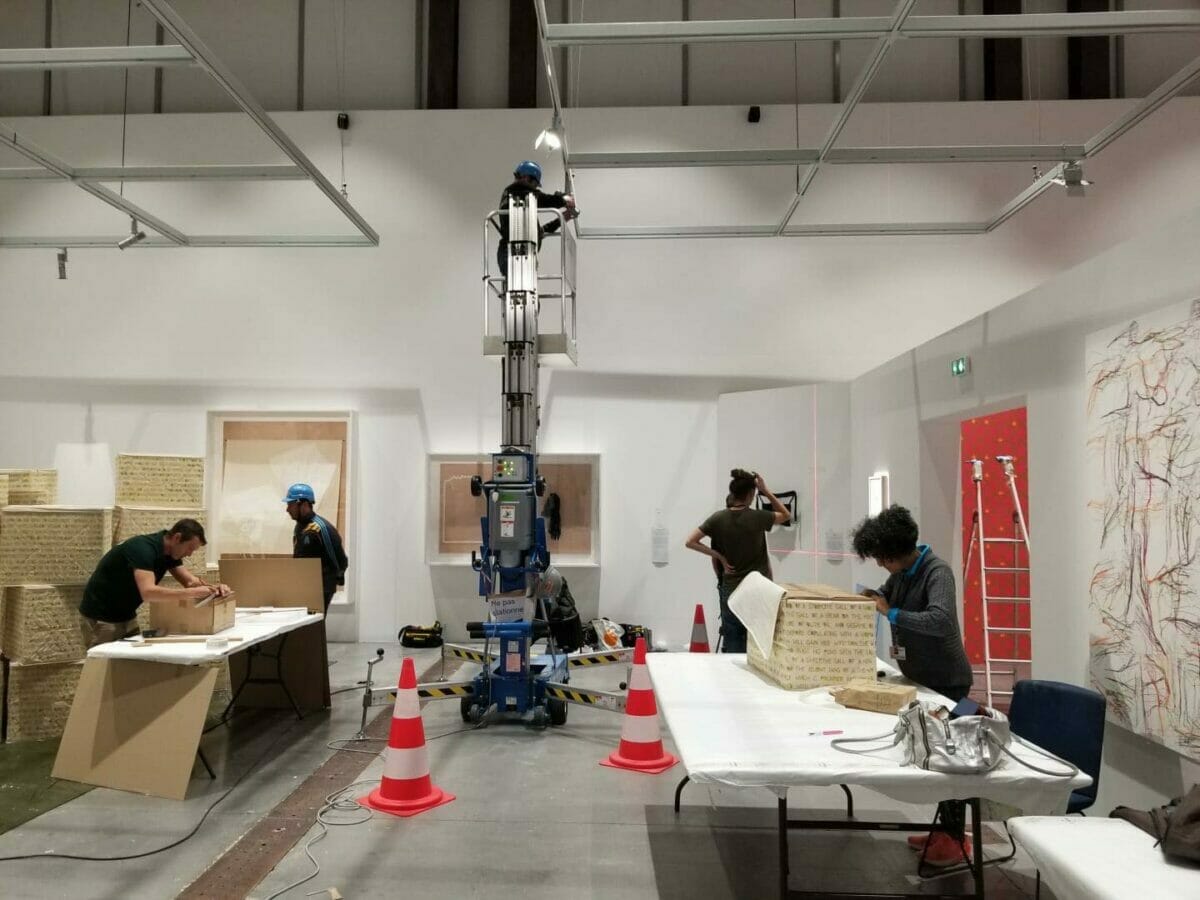